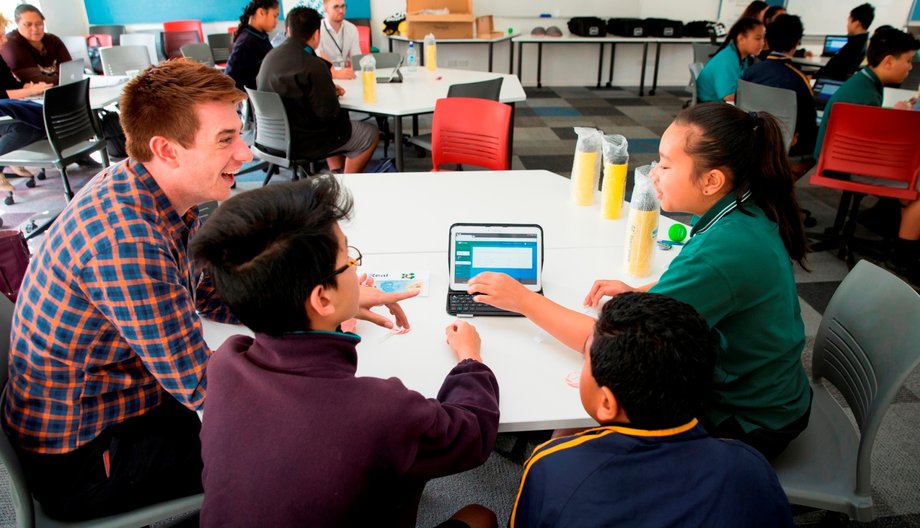 There’s an old saying that goes, ‘experience is the best teacher’, and when it comes to financial literacy this couldn’t be more true. We spoke to three teachers from across New Zealand who are using Banqer creatively in their classrooms to give their students the authentic learning experiences they need now to be financially savvy in the future.

Colin Hill was looking for a system to make his new shared classroom really work when he first heard about Banqer. He went from 27 students to 54 overnight and needed something that could be set up easily and quickly. “Banqer was the perfect system,” Colin says.

“It provides a way to monitor children’s work, respect our immediate environment, and run the class routines while learning about the value of money.”

His students were keen to earn money, but Colin realised they didn’t have anything tangible in the classroom to spend it on. When he noticed that students rushed to the couches and bean bags after a lesson, he cleverly decided to rent them out. “The way we use Banqer grew from there.”

Colin’s students sign a ‘Conditions of Employment’ to start which allows them to get a weekly salary and an income for their bank account. It also includes things like respecting others and equipment, keeping the classroom tidy, and completing any outstanding work before school.

The students also have compulsory weekly costs that include renting their computer, photocopying, and renting storage for bags and books. “We try to emulate the real world with having a job and earning money, and allowing enough money for the necessities in life such as rent, power, food and telephone.”

Students can spend any extra money on renting couches, bean bags, and even using toasted sandwich makers. “We often run auctions when something is in high demand. These are considered luxuries in life just like SKY, the latest smartphone, or a new car.”

Success In Class And Real Life

In addition to learning how to manage their money, students in Colin’s classroom also learn about savings accounts: they look at the importance of saving and how interest works, and can move money to their savings to watch the interest grow. “During this time we introduce KiwiSaver and talk about the benefits of it. Children choose to opt in or not."

"During term four students get their income cut and need to rely on their KiwiSaver to pay their bills and pay for any luxuries.”

Providing learning experiences that have a ‘real life’ feel to them certainly pays off. Colin says he’s noticed Year 6 students who have used Banqer in Year 5 are better at managing their money.

“We find they aren’t tempted to spend money on renting couches and beanbags, like new year 5 Year students do."

"They tend to save their money, putting it in KiwiSaver and saving to buy a house.” A number of his students have set up real savings bank accounts. For Colin, this is the best measurement of Banqer’s success.

Adam Williamson’s beginning with Banqer is similar to Colin’s. After signing up and getting the students to play around and see what it was capable of, he realised he could use it as a kind of classroom rewards system.

“I’ve found that it’s a great motivator. I also use it to monitor my classroom jobs and students get paid for them weekly.” He promotes saving by running an end-of-year auction that inspires his students to save and invest so they can bid.

Adam says that he knows Banqer is a success in his classroom because he’s getting positive feedback from both his students and their parents. Parents tell him that their children are going home and asking more questions, highlighting their new financial knowledge. While they’re inquiring about KiwiSaver and how mortgages work at home, in the classroom his students are particularly interested in one thing: debt.

“Banqer has helped my students to realise the importance of saving money, and that impulse purchases can lead to debt."

"Just because they have money, doesn’t mean they need to spend it, and things like tax bills they forgot about can leave them shortchanged. We’ve also looked at the ‘personal loans’ module, and discussed how getting money quickly can lead to a long time of paying of debt.”

For Adam, his students had their best learning experience when the Personal Loans module was released. There was a glitch in the system, so instead of their loan repayments being withdrawn from their bank accounts weekly, it was happening every 20 minutes. Suddenly, students who had taken out loans were racking up huge interest bills. “Some cleared out their savings accounts to pay back as much as they could, but their despair kept increasing as the interest rate caused their repayment amounts to spiral out of control."

"It was a great opportunity to talk about how 'quick and easy loans' may seem innocent, but if you’re not diligent with the details, or miss one repayment, then things can get out of control.”

Due to the fact it was impossible to determine who had saved money and lost money, or spend it on properties, Adam’s classroom declared a “mini financial crisis” and he reset everyone’s accounts. If only resets could happen in real life! 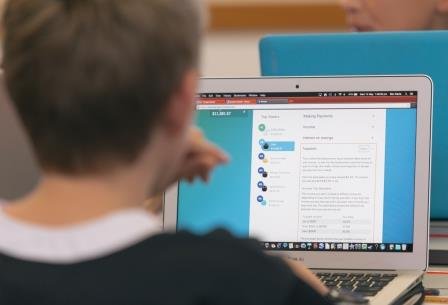 Natasha Rodger was looking for a groundbreaking and exciting project to do with her class when she heard about Banqer.

“When I did some research on Banqer I found that it was even better than I’d initially thought as it’s so flexible.” The fact that Kiwibank’s sponsorship allowed her to set it up without any extra cost was a perk too.

“Two of the teachers in my school have taken it up after seeing me use it. It’s interesting as they use it differently than me, but it works for everyone.”

And therein lies the beauty of the product: Banqer is so flexible that any teacher can tailor it to what they want to teach in class, and their own style. For Natasha, in her “dream school”, she would have every class from Y0-Y8 using Banqer. “But each year would build on what they did the year(s) before until they get to Y8 where they are using all the aspects of the system.”

Natasha students have class jobs they apply for that earn them money each week. These ‘wages’ go straight into their bank accounts. “After a week, they start paying rent for their desk weekly. Then, I naturally introduce insurance, power and internet costs.”

She keeps insurance optional but includes a week of learning about how it works (and its importance) so that students can make informed choice whether or not to get it. And here’s where things get interesting:

To further drive home the importance of insurance, Natasha had a tornado hit her classroom.

The students who didn’t have insurance had to buy their desks again. The way some of her students reacted was a very telling moment for Natasha. “I had one student who emptied her desk contents each night and took them home so that she didn’t need to pay for contents insurance. She did it for 6 weeks until she was able to afford another desk. Then she got both house and contents insurance as she had learnt from the loss that other students had faced.”

Natasha says she loved that this particular student who wasn’t strong at maths had thought about a possible solution to saving money and in the end it paid off.

Natasha believes that Banqer’s success can be measured in many ways. She has seen it in the way students are able to get out of debt, negotiate a good purchase price for their desk from their ‘landlord’, and how they weigh up choosing insurance or not. “Seeing them sign in most days to see how much money they have and who is the highest saver is pretty amazing.”

In general, she says that her students’ are way more financially savvy than they were at the beginning of the year.

“Some didn’t know that credit cards aren’t ‘free money’ and that you have to pay interest on those purchases. They didn’t know about the two types of interest either.”

She says that using Banqer has inspired students to talk money with their parents. “They’ll go home and tell their parents about how their friend lost the mansion that he just purchased as he forgot to set up the insurance payments for it."

"Or how they won the auction today and now own The Great Wall of China and get $500 a week rent from it.”

And then there’s the social good aspect of Banqer: students work together and look after one another in case a tornado hits. “Today one of my wealthier students sold another students’ desk back to him and even bought him a mansion as these two things were able to help this student get out of debt. It may not have a totally realistic element to it but it’s part of the caring and giving to those who need it – and that’s a win in my book.”