With their first child four weeks away, Andrea and Roman Jewell took an unlikely step, upending their careers in law to crunch into the world of peanut butter. Four years later they tell us about the rise of their award-winning artisan brand, Fix & Fogg.

There's nothing like imminent parenthood to make you assess your life. When lawyers Andrea and Roman Jewell took stock they decided to throw caution into the wind and have a go at creating something that was tangible, healthy and delicious.

The two started experimenting with nuts and quickly created an artisan peanut butter that had friends and family raving.

The Fix & Fogg business was born.

To get production going the couple spent their life savings on a grinder from India, but it wasn't a smooth start. Andrea says, "When it finally got here we turned it on and it was a complete dud. We literally carried it straight down to the recyclers."

Enter the company motto: You’ve gotta get through hard to get to easy.

This hard work paid off when eventually a local engineer was found who was able to make them a beautiful grinder that really worked. They cranked up production to 60 jars a day and started selling at the Hataitai Market, now with newborn Otto snoozing in his capsule beside them.

Their first big break came when the buyer from Wellington's Moore Wilson's spotted their peanut butter on her Sunday walk, she loved it. They got an order for 60 boxes for the food store and stayed up for three days straight making sure they could get it filled.

From this humble (and slightly sleepless) start,  Andrea and Roman now work alongside eight staff in their factory in Wellington city. Fix & Fogg are always pushing the envelope and their beautiful products sit proudly on shelves all over New Zealand and Australia.

They're sticking to their original goal of keeping things real but they're not afraid to try new things, pushing the boundaries of peanut butter with their Smoke and Fire, Dark Chocolate and Honey flavoured butters. Unsurprisingly, they've developed a huge fan base, with PB lovers snapping up their organic tees and caps to show their support for the dynamic brand.

Even after all this success, for Andrea and Roman, the business is still about a lifestyle they can believe in and maintaining the same values they had when it all started.  The Fix & Fogg aim of "doing great things with peanut butter" is not just about great flavours, but about doing meaningful stuff with the community – they proudly donate peanut butter to NZ Women's Refuges, Ronald McDonald Houses and City Missions. They believe in giving back and it's part of what makes them tick. Andrea says they don’t have an end goal.

"One of the best things about it is the community we find ourselves in – people that make food, grow their own food, care about food - and we feel really privileged to be a part of it."

Like their business, the Jewell family has grown since the humble market days. Four-year-old Otto has been joined by his two-year-old sister Thea and Andrea says for them, peanut butter is a family conversation. "This business has taught Otto that you can make a living from tangible things, he doesn’t understand the concept of being stuck in office – it’s great."

The couple are still taking unlikely steps, moving the business as the market moves and their customers grow.  "We spend thousands of dollars on machinery from all over the world and you don’t know if it’s going to work or not." Andrea says. They say the great relationship that Andrea and Roman have with their Kiwibank Business Manager, Craig Brixton, that helps them take these leaps of faith. Andrea was born in England but she's a true Kiwi by choice and she says the choice to support her adopted country with their business banking was an easy one.

"Of course I want to contribute to New Zealand – it’s my home, my children’s home and it’s great that we can bank with a Kiwi company."

Their relationship with Kiwibank is kept as real as their peanut butter. "The cool thing about Craig is that he is actually a really nice guy." Andrea says, "He asks probing questions and, so far he’s said yes to most of the things we’ve asked him for. He's actually in Nelson, but it doesn’t make an ounce of difference. He always comes to the factory when he’s in Wellington."

"He’s always happy to give his time, we feel like he’s always had faith in us and always finds a way to make things happen.  He now knows our business inside out, shares in our up and downs, and genuinely believes in what we’re doing."

Their mission to create something meaningful, sustainable and delicious doesn't stop with our sandy shores though. Andrea says, "We don’t want to lose sight of what we’re doing here, but we think it’d be really cool to take our brand to other overseas markets and get more people enjoying our peanut butter.”

When Kiwi businesses join Kiwibank, Kiwibank joins them - we know that when it comes to your hard work, it's not just business, it's personal.

If you want to find out how we can join you, head over to Kiwibank.co.nz. or for more inspiring stories of Kiwi companies making an impact, check out Business Time on Inner.Kiwi. 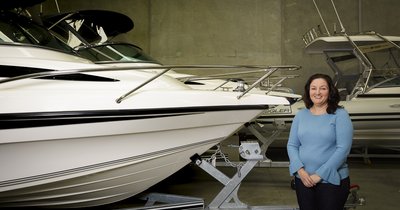 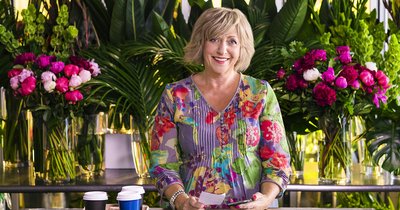 How a passion for flowers launched a pioneering business