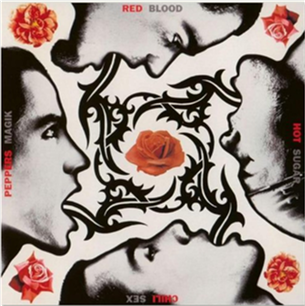 The power of equality

“Misery is not my friend, But I'll break before I bend. What I see is insanity. Whatever happened to humanity.”

Inequality has worsened. The haves have a little more. The have nots have, well, not. Growth in income (wages) has been weak.  The distribution of that poor income growth has barely “trickled down”. We have seen a populist revolt against the elite, the wealthy, and the immigrant. Votes for Brexit and Trump are directly linked to the struggling lower-to-middle classes. We have seen a lurch to the far right, and to the far left. We’re divided.

“Across Europe parties of the far left and the far right are seeking to exploit this opportunity — gathering support by feeding off an underlying and keenly felt sense among some people — often those on modest to low incomes living in relatively rich countries around the West — that these forces are not working for them… Those parties embrace the politics of division and despair and the sense among the public that mainstream political and business leaders have failed to comprehend their legitimate concerns for too long.”  Theresa May, British PM.

The UK want out of the EU, maybe. And the US wants to make itself great again. Complicating the outlook is the loss in economic momentum. Political uncertainty is plaguing markets, and business confidence. Uncertainty kills confidence. And a lack of confidence kills growth. Forecasts for growth have been cut this year and next. Recent talk of monetary tightening has been side-lined, and now we talk of rate cuts.  One thing we’re confident about, interest rates will fall further, and remain at or below historic lows for a very, very long time.

The RBNZ’s action man, Adrian Orr, is set to cut the OCR 50bps to 1.25%, in our view. Our clients ask: ‘how far can he go?’  We’d put a 40% chance of another 50bp cut in the OCR to 0.75% in 2020, if conditions worsen. Beyond there, the RBNZ could cut to 50bps, and would entertain the use of QE, currency intervention, and firing up Government investment. The RBNZ’s QE could buy Govt bonds with the understanding the Govt ramps up fiscal investment. And the RB can easily print and sell the currency. But we’re still quite some way away from entertaining QE. The point here is, we have plenty of ammunition if needed.

Currencies will attract volatility. The Kiwi flyer (currency) could hold up well in a world muddling through. But the Kiwi will drop like a stone in a disorderly world. Our currency will do what we need it to do, when we need it most. If not, the RBNZ will intervene. We forecast a volatile descent for the bird this year. The Kiwi should drop into the low 60s by year end. RBNZ rate cuts will accelerate the Kiwi’s decline. At 68c today, the risk is asymmetrically lower, in our opinion. Threats of recession offshore, could see the bird drop into the 50s. Against the Aussie battler, the Kiwi was dominant – like a rampaging All Black pack trampling over a weakened Wallaby. We’d love to see NZDAUD parity. But such a strong NZD/AUD hurts our manufactured exports. A strong NZD/AUD is great if you’re wanting to buy an Australian canary yellow cricket jersey, loose fitting for underarm bowling, with a complimentary strip of sandpaper. But generally, we prefer a weaker Kiwi/Aussie cross. Because it helps our Kiwi expats in Australia import the black jerseys.

Give it away: Adrian has 50bp to give away now, with excess 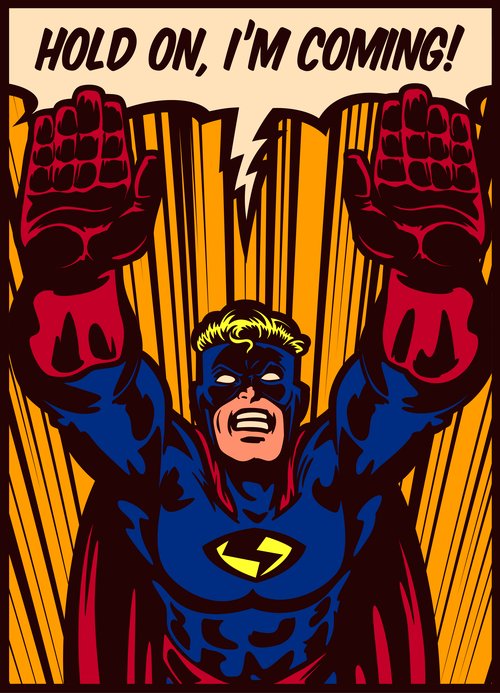 “Greedy little people in a sea of distress. Keep your more to receive your less. Unimpressed by material excess. Love is free! Love me say hell yes!”

You must admit, Adrian Orr is a man of action. Adrian is using his superpowers to ensure a highest level of safety in financial markets, with a huge ramp up in bank capital the policy centrepiece. With bank capital requirements now in consultation, he’s turned swiftly to monetary policy. And interest rate cuts are coming. Here’s a 2 min clip on what it means.

There are 3 bug bears frustrating the outlook for Kiwi growth. The first, is the lack of confidence. Firms remain wary of the outlook. A lack of business confidence may disrupt hiring and investment decisions. The second, is the Australian property market. The housing market is tumbling (mainly in Sydney, Melbourne and Perth). The sharp decline in Australian house prices is thought to represent a yellow canary down the coalmine for Kiwi housing. We disagree. And here’s a very quick video stating why. The third, is the rise of populism and protectionism. We wait with baited breath on the outcome of US-China trade negotiations and Brexit. Both events spawned by a rise in populism. We discuss the risks of populism in more detail, in our 2019 outlook, see here.

Global growth is grinding lower, and political risk, including Brexit and US-China trade, has sapped confidence. A deteriorating global outlook can quickly impact New Zealand. We don’t have to look too far for evidence. Kiwi Businesses are worried about their own outlook for activity, and profitability. The economic woes offshore are weighing on Kiwi confidence. And a lack of confidence can quickly lead to a lack of growth. The latest QSBO survey showed a marked decline in confidence, see “The fall in business confidence is a crushing blow. RBNZ rate cuts are coming.” So the RBNZ are highly likely to step in. We expect a 25bp rate cut in May, followed by another 25bp cut in (June or) August. The markets are still exposed to a quick move. 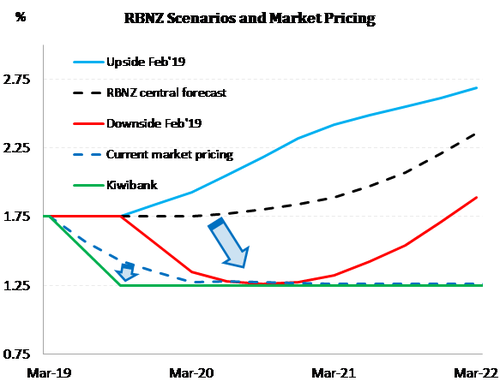 The chart highlights the upside, downside and central scenarios set by the RBNZ just 6 weeks ago. It seems we’re headed down the downside (red). The Kiwibank cash rate forecast (mighty green) and market pricing (lighter shade of pale blue) have moved to match the downside (red) scenario. There’s still plenty of room to move more.

Interest rates markets are about hedging risk. And once the RBNZ starts cutting, the risk is automatically titled towards the bank doing more. Indeed, we’re calling for 50bps worth of rate cuts to 1.25%. Our economy is still reasonably strong. But, if international developments worsen, the RBNZ will do more. We place a high 40% probability of follow-through rate cuts in 2020. Again, 50bps may be required, taking the cash rate to 0.75%.

The point here is, the market will price more than the RBNZ deliver, until the cycle turns. 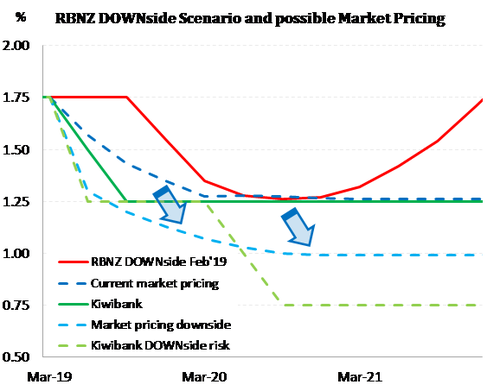 Current market pricing has a slow decline to 1.25% by mid-2020. We see the risk of a rate cut in May, followed by a rate cut in August, possibly June. Adrian Orr has clearly elevated the importance of OCR announcements with last week’s change in stance. So we could be at 1.25% by mid-2019 (not 2020). Beyond the middle of this year, the market will have to price in the risk of another rate cut or two.

The chart highlights the current RBNZ downside scenario, current market pricing, Kiwibank’s central scenario (1.25%) and Kiwibank’s downside scenario (0.75%). Market pricing should move to the light blue line between the Kiwibank scenarios. The 2-year swap rate should fall to a 1.30-1.50% range. And that will lower 2-year fixed mortgage rates. The Kiwi dollar should fall too.

“Twisting and turning, Your feelings are burning, You're breaking the bird (She meant you no harm).”

Our beautiful little bird is about to be broken. The Kiwi is likely to enter a downward spiral in coming weeks or months. But up until recently, the Kiwi has been flying high. The strength of our terms of trade (strong export prices relative to soft import prices) has supported the bird. We’ve seen the Kiwi hit a high of 0.6970 in December, and a few retests of the high in January, February and a push to 0.6939 in March. 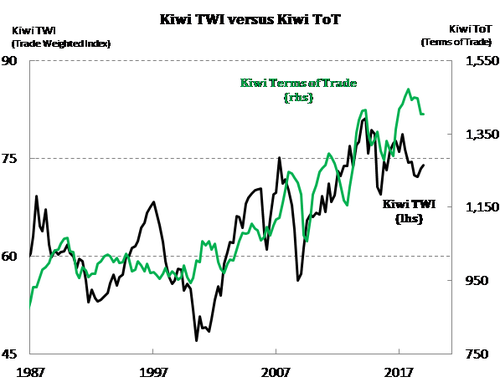 Our flightless bird often finds herself at lofty heights. We think it’s time for a timely descent to more reasonable levels. The RBNZ provided the first airpocket with the March OCR statement, leading to a 1c drop on the day. After a slight updraft, the bird was weighed down by the QSBO survey yesterday.

It will come as no surprise that a lower Kiwi currency will provide a much-needed lift to our small, open economy. The problem with currencies, is they’re a relative price. Unlike magnificent interest rates, that can all fall together, currencies are a different beast altogether. Currencies can’t all fall together. 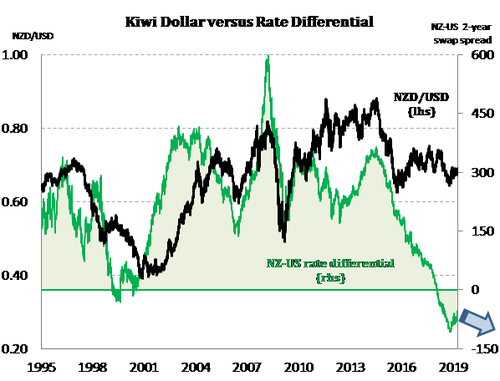 Today, we have a US Fed on hold, and talking about ending QT. So the USD is not going to be as strong as (everyone else outside the US) hoped. The UK has Brexit to contend with. The EU has the EU to contend with. And the Aussies have a housing correction to contend with. In order to stand out, just for a moment, we need to look relatively worse than a bad bunch to get a currency decline. Adrian understands this. In bad times Japan will repatriate, and the Swiss have a nice hiding place.

If we cut before the Aussies, NZDAUD should fall.  If we cut twice and signal anything can happen from here, well, all of a sudden, the USD, the Euro, the Yen, the Swiss Franc, and possibly even the Pound (ok maybe a step to far), look more attractive - at least for a little while. After the volatility subsides, the 50bp reduction in our interest rate advantage over much of the developed world should hold the Kiwi dollar in a lower trading range. And the 50bp reduction in the OCR takes us that much further beneath the global benchmark for interest rates, 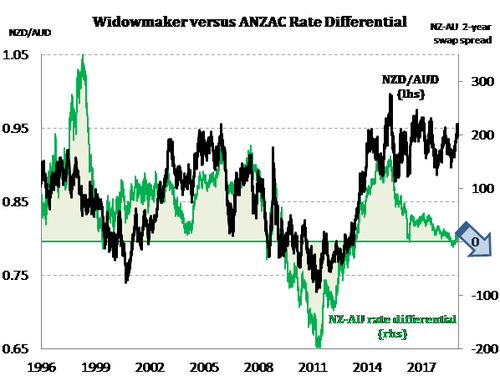 If you’re an exporter, stop smiling, it hasn’t happened yet.

If you’re an importer, hedging exposures to a declining currency can assist.

The Kiwi dollar is on a glidepath Table 1: Kiwibank’s key financial market forecasts