The fall in business confidence is a crushing blow. RBNZ rate cuts are coming.

The RBNZ are likely to cut the OCR in May, and again in August (or possibly June). 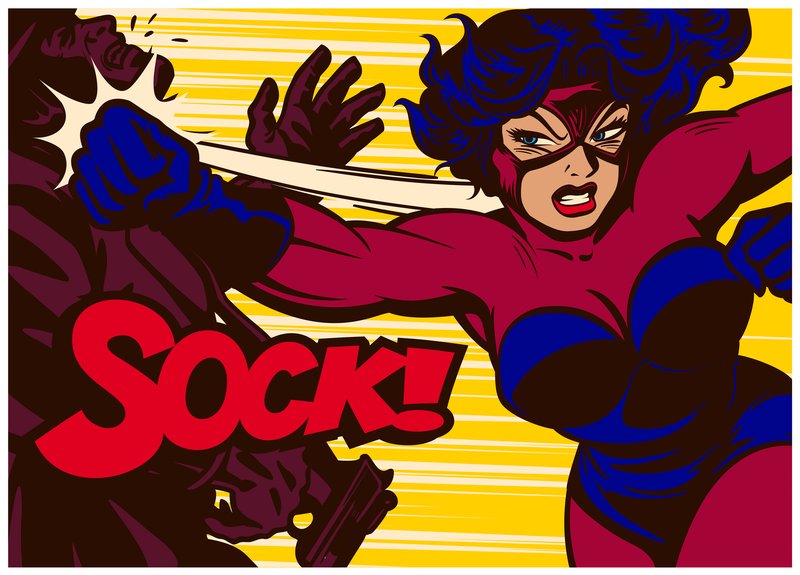 Today’s reversal in business confidence is concerning. The lack of confidence amongst our business leaders points to difficult times ahead.  The QSBO survey mirrors the ANZ survey, and confirms what the RBNZ must be hearing in their direct liaison with Kiwi corporates. The reduction in firms’ own activity measures, and profitability throw up some red flags. Firms continue to face labour shortages, higher costs, and an inability to recover escalating costs.  Profitability is being squeezed.

A net 27% of Kiwi firms expect economic conditions to deteriorate over the next 12 months. Confidence dropped back to 3Q’18 levels when uncertainty around government policy was at its height.  But it’s firms’ domestic trading activity that disappointed the most. A net 1% of firms experienced a deterioration in trading activity over the first quarter of 2019, which points to slowing GDP growth over this period. Only a net 7% expect an increase in their own trading activity in the coming quarter, that’s well below the survey average of 15%. This points to disappointing GDP growth over the second quarter of the year.

For the RBNZ the reverse in confidence is one thing, but to the deterioration in firms’ expectations for their own trading activity is much more of a concern. Within the context of a gloomier global outlook and central banks around the world stepping back from policy tightening, today’s business confidence report supports a local monetary policy response. In our view we think the RBNZ will deliver just that as part of its May Monetary Policy Statement (MPS) with a 25bp cut to the OCR, followed by another in (June or) August.

The flying Kiwi dollar has hit another airpocket. Last week, the Kiwi was trading around 0.6940. The RBNZ’s dovish OCR statement socked! the currency into a 1c nosedive. A dazed recovery saw the Kiwi lift to 68.40. And then the QSBO survey stunned the bird back into a downward spiral, currently trading at 67.80. We need a weaker Kiwi dollar. And we suspect we’ll need to see an actual RBNZ rate cut, not just calls for cuts, to kick the Kiwi lower. The market is far from fully pricing in RBNZ rate cuts. 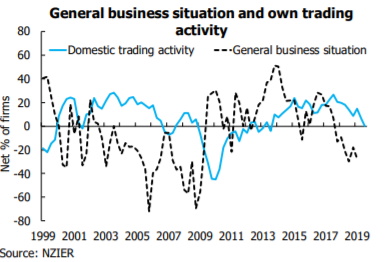 The May MPS meeting has half a 25bp cut priced – 50% chance. The second 25bp rate cut is not fully priced in mid-2020.  If Adrain Orr’s MPC decide to cut in May and then follow through with a second in either June (OCR) or August (MPS), then the market would be found lacking.  Interest rates would be caught short, and wholesale rates could rally at least another 20-25bps.

Firms’ confidence of the economy fell for all industries surveyed by NZIER. But it was manufacturers that were particularly gloomy at the start of the year. A net 41% of manufacturers were downbeat about the economy over the coming year. A worsening global outlook may explain some of this gloom. Manufacturing is an industry that is highly exposed to our trading partners, and net 6% of manufactures see an increase in export sales in the coming quarter - that’s the lowest reading since Sep 2013.

Builders experienced a sharp fall in new orders in March, and the pipeline of new work looks to be slowing. This is at odds with the ongoing need for new housing, but we know other areas of construction (i.e. commercial construction is facing significant challenges. A dwindling pipeline of work was backed up by architects. A net 24% of architects see less commercial building work in 1-2 years’ time.

Despite a strong end to 2018, retailers point to a challenging sales environment.

Cost pressures are most acute for retailers, and this is unsurprising given the current Government’s chunky minimum wage hikes (the most recent coming into effect on Monday). Retailers have a decent share of their workforce paid at or near the minimum wage.