Kiwibank’s transactional data shows that spending declined 9% in the March quarter, the first time since the lockdown ended. Some may have seen the bottom of their lockdown savings. And spend may have been impacted by the alert levels being tightened during February, particularly in Auckland. Annually, spending is still up 42%. Our spending figures are inflated by the structural shift away from cash as a means of purchase. So a grain of salt is needed.In the span of three weeks, Auckland faced two snap lockdowns in February. Although we have learned to live and work through various alert levels, economic activity is unavoidably restricted in lockdown. Our daily spend data shows just how disruptive the lockdowns were on Auckland’s economy. The service industry was hit hardest, as restaurant spend flatlined. Spending on fuel plunged as travel was limited to essential only. But activity bounced as Auckland sailed out of lockdown, and the America’s cup attracted thousands to the viaduct.
Last year, demand was especially strong for household contents and furnishings. But there appears to be a limit to the number of pools we can fit in the backyard, or how many times we need to repaint the house. After a year of renos and repairs, there’s nothing left on the to-do list. Demand for household-related spend fell 21% in the March quarter. Overseas travel, to Australia at least, is now back on the cards. The decline in spend may suggest that some have begun filling up the jar once again, ready for when our door is creaked open.
Covid lockdowns have opened up the world of working from home. One year on, and the WFH movement is here to stay. Demand for online services including skype, remains elevated. The success of the remote working experiment has prompted many organisations to formally adopt flexible working practices. Office equipment spend rose 51% in January as many geared up for a new year, and a new way of working.
Domestic spend on hospitality and accommodation started 2021 strong as many of us were still on holiday. But in the final two months of the March quarter, spending fell back-to-back. As the children went back to school, the tourism industry was left with a gaping hole. February and March are ‘normally’ the peak period for international tourist spend. Greater domestic tourism has helped to keep pockets of the tourism sector running. But high value international tourists were conspicuously absent, especially outside weekends and public holidays. Official StatsNZ data reveals that hospitality spending was down 16% in Feb 2021, compared to Feb 2020, due to a lack of tourists.
The prospect of a Trans-Tasman travel bubble is a positive development. We’ve passed the peak for international arrival numbers. But after a year of closed borders, there’s a lot of pent-up demand for overseas travel. The travel bubble sends a lifeline to key tourist hotspots, such as Queenstown. It’s the anticipated boost the tourism sector needs.

Coming down from the spending sugar high 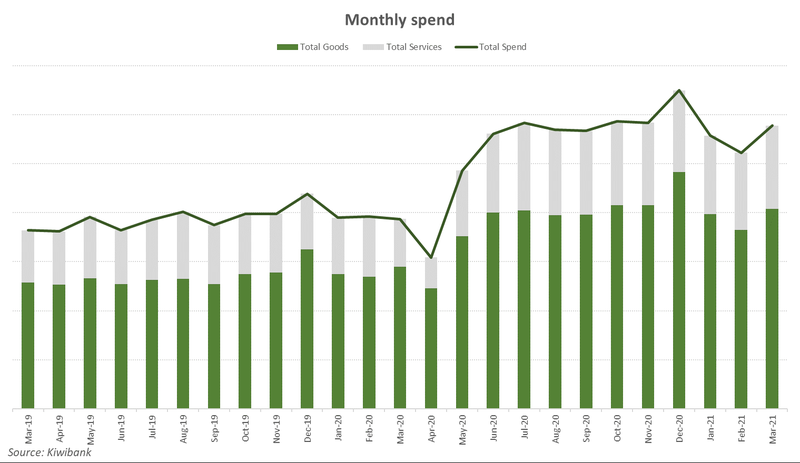 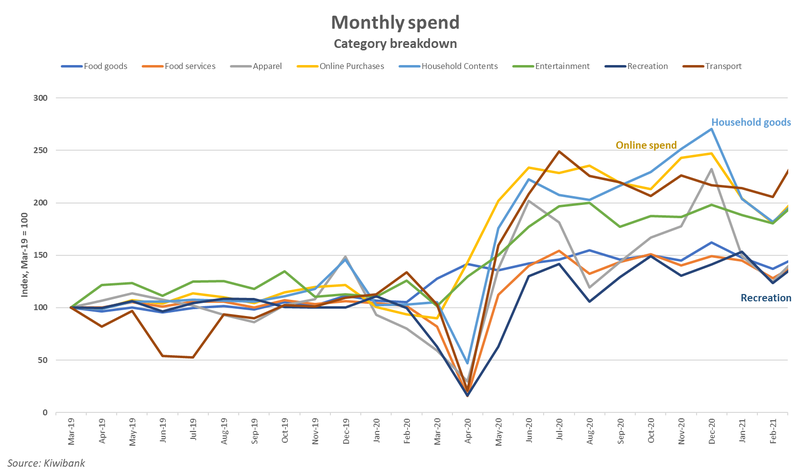 Auckland sails out of lockdown 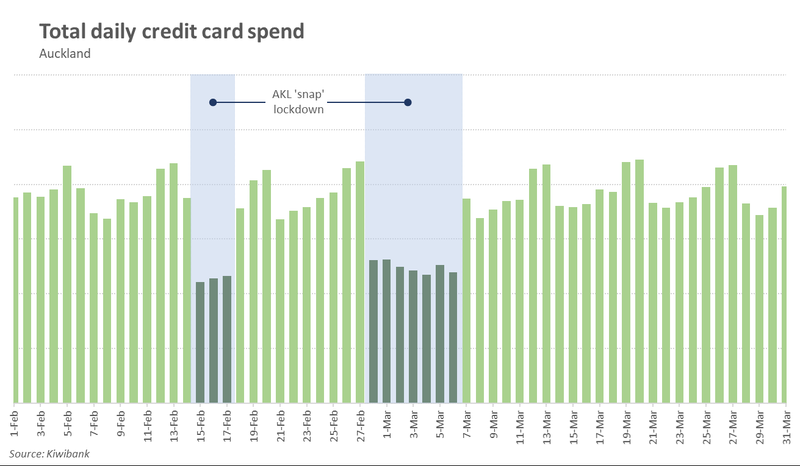 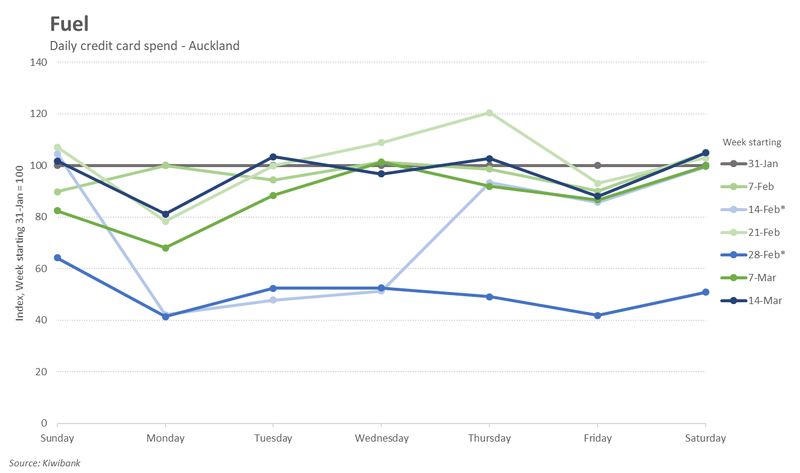 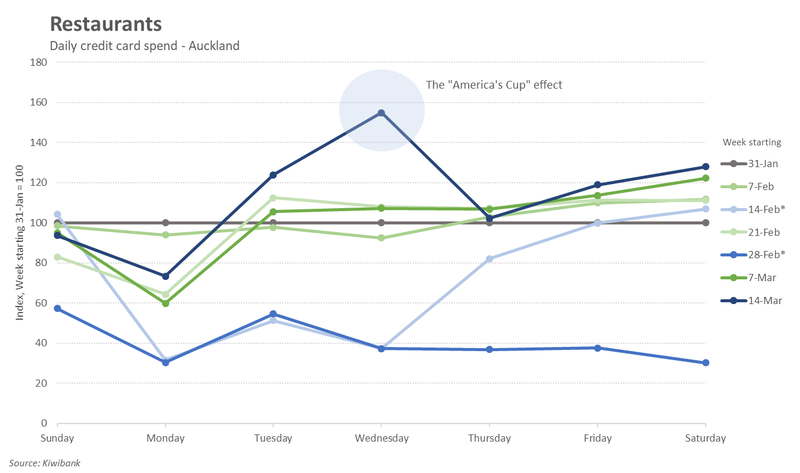 All done, now what? 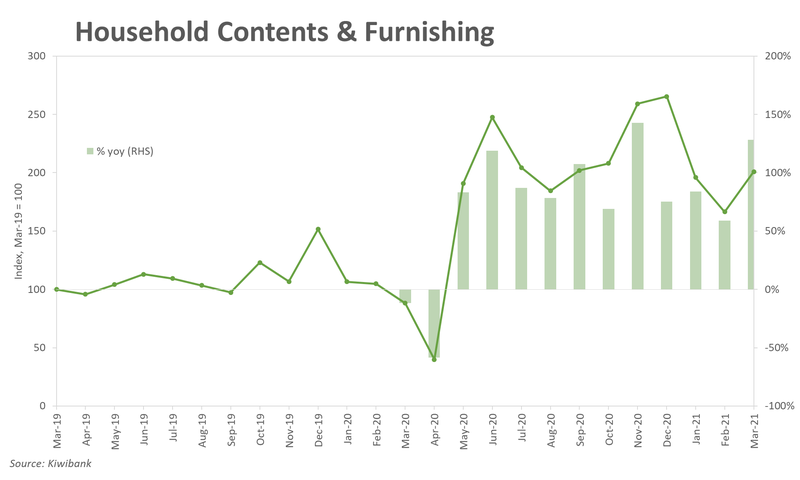 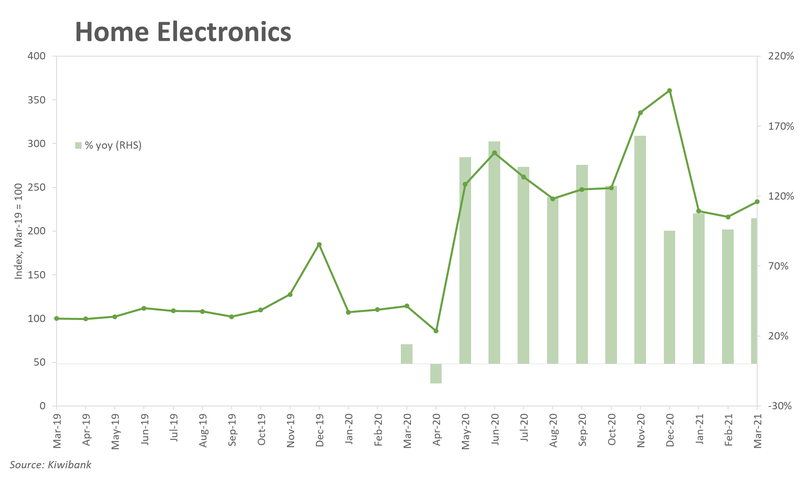 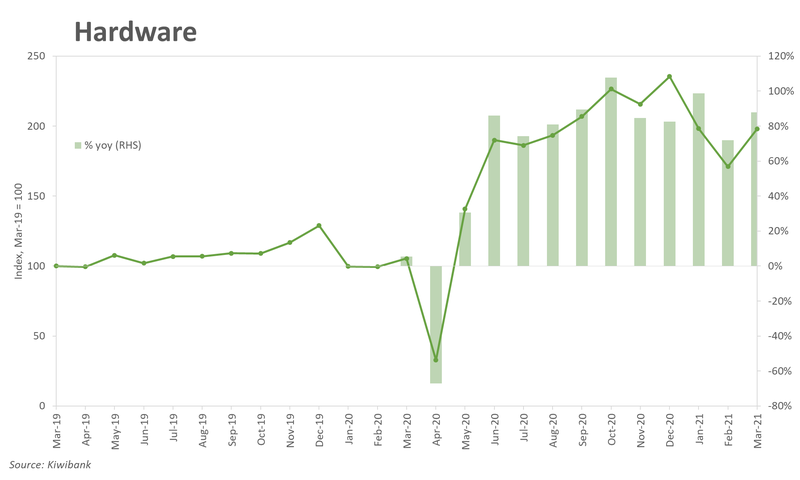 The new way of working 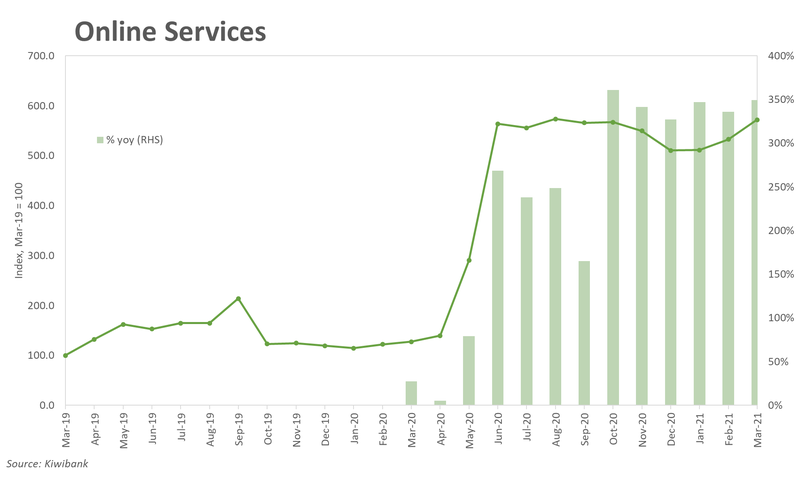 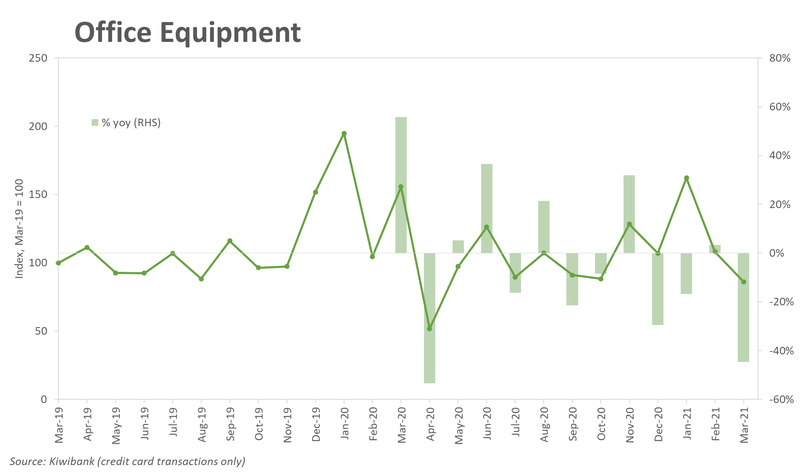 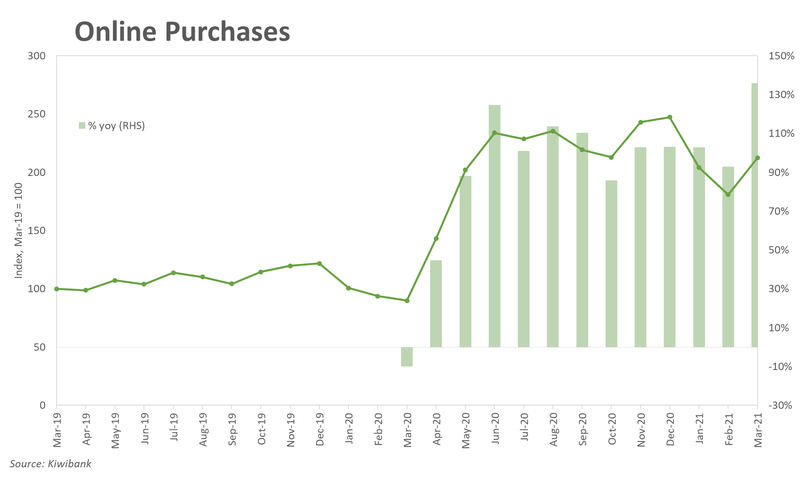 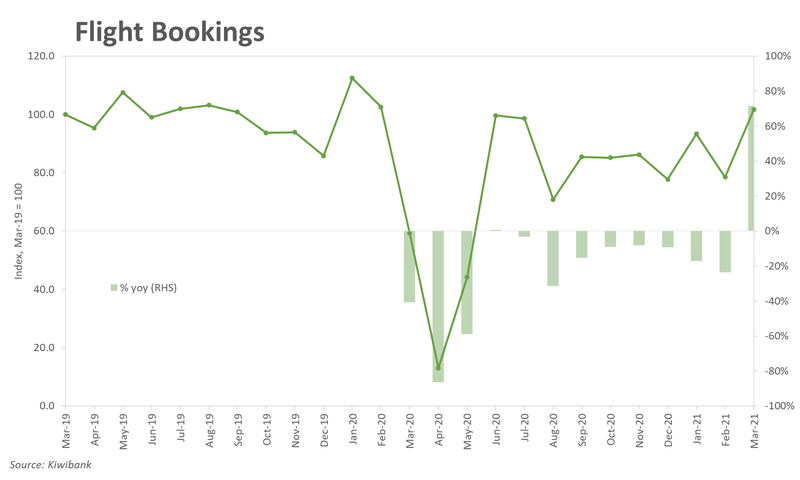 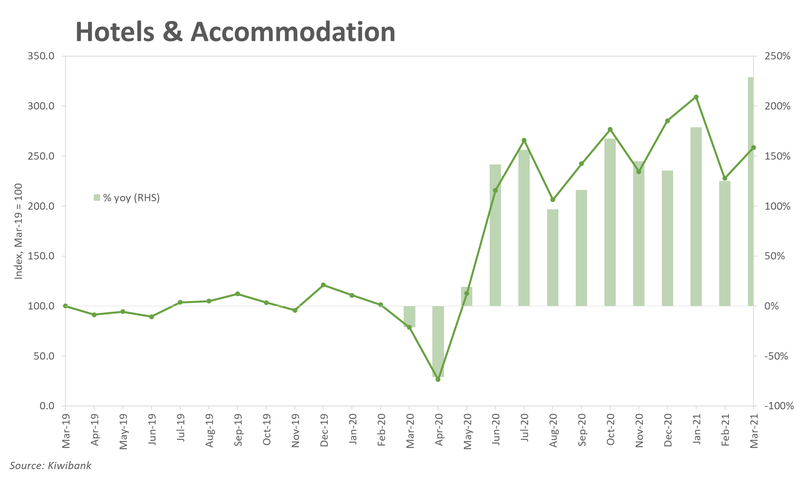 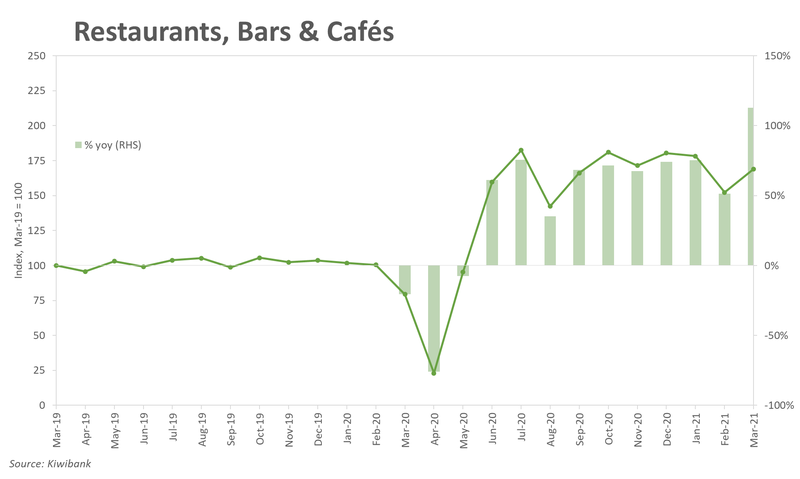 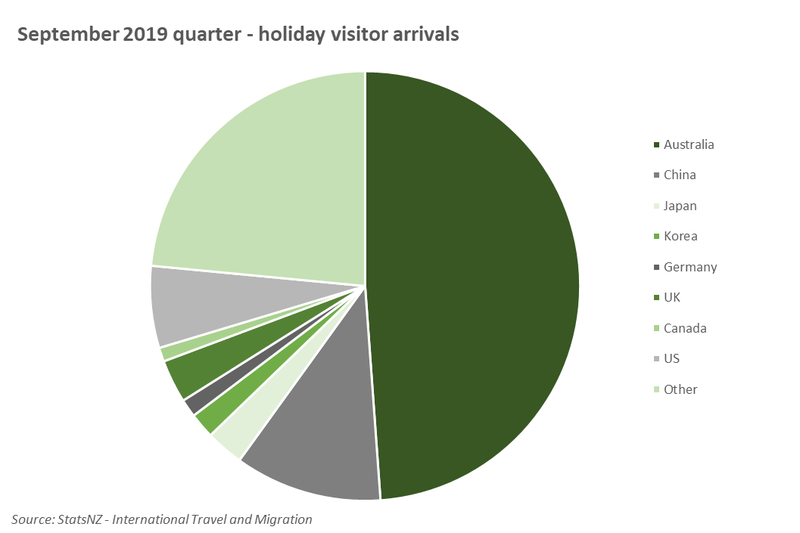 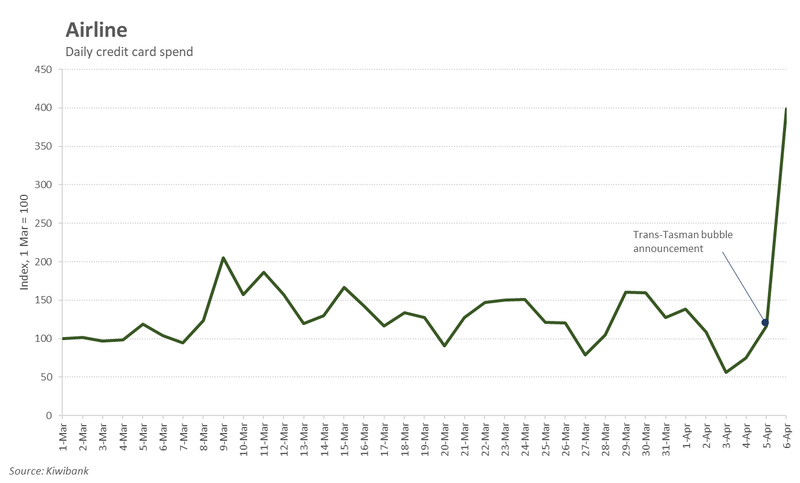