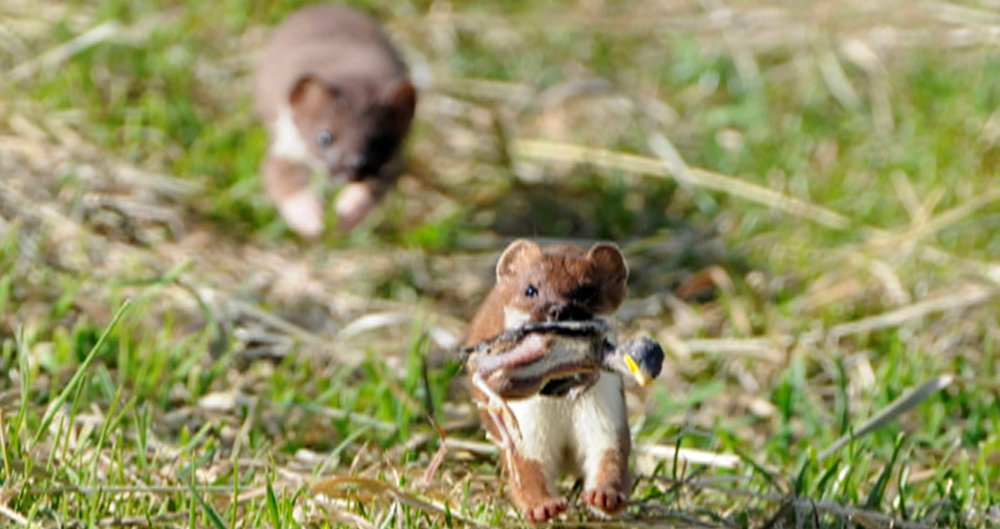 New Zealand’s predator problem is nothing new – the threat of pests was first noted at the beginning of the 1900s, but thanks to dedicated New Zealanders determined to halt the predation of endangered species in its tracks - things are looking up for our island nation.

When it comes to the conservation of our land and native birds in New Zealand, the most important challenge is the eradication of small mammal predators; like possums, stoats and rats.

Thanks to the scientists and experts from the Department of Conservation (DOC), TBFree (OSPRI), regional councils, and Predator Free New Zealand Trust (PFNZ), everyday Kiwis have become increasingly aware of the threat unwanted predators pose to our conservation work, and our country. In fact, our experts are so good that they’re internationally recognised and advise other countries on how to deal with their own predators.

New Zealand used to be a land of birds that had no mammalian predators. Unfortunately, many of the animal predators in New Zealand were deliberately introduced to our country in the 1800s. And they’ve had a devastating effect on our natural ecosystem since then. Possums, rats, stoats, and ferrets are our main predators and they compete with our native birds, insects, and reptiles for food. They also eat adult native birds and their chicks and eggs.

One of our most prolific predators, possums, were first brought into the country in 1837 to establish a fur trade. The first release didn’t quite take, so another release occurred 20 years later. Now, possums can be found all across New Zealand, destroying our forests and impacting wildlife. Possums damage our native trees because they feast on the buds, flowers, fruit and nectar leading to a decline of species such as rātā and kamahi.

There are approximately 30 million possums in New Zealand currently and the economic loss is in the tens of millions.

Rats! That’s a lot of damage!

Three kinds of rats were introduced to New Zealand from sailors well before the 1700s: Pacific rat/kiore (who originally came from Polynesia), Ship/common rat, and the Norway/brown rat. Their diets consist of fruit, lizards, seeds, leaves, insects, eggs and chicks, and they can be blamed for the endangering of flightless beetles, giant weta, land snails, and certain species of frogs, skinks, geckos, tuatara, and bats.

Certain species of rats are particularly good climbers and have a huge impact on our native bird species. Like possums, rats have a major impact in New Zealand because they are omnivores – eating birds, eggs, and chicks to seeds, snails, larvae and flowers. Their varied diet also makes them competitors with our native wildlife for food sources.

While we know how many possums we have in New Zealand, scientists can't determine how many rats there are because their numbers fluctuate so wildly. However, you can do the math: the brown rat can produce up to five litters a year (if conditions are suitable).

The gestation period is only 21 days, and litters can number up to 14.

Yes, the math may be grim, but we’ve been successful with programmes to eradicate them from offshore islands and fenced sanctuaries. The kiore rat, for example, used to be found all around New Zealand but can now only be found in the south of the South Island and offshore islands.

Mustelids (weasels, ferrets and stoats) were introduced to New Zealand in the 1870s and 1880s to control rats and rabbits but have become predators in their own right. Stoats and ferrets are the biggest threat while weasels have been less successful in adapting to New Zealand conditions. Versatile hunters and very good swimmers, their diet consists of rodents, rabbits, hares, possums, weta, and birds. Because they’re voracious hunters, stoats and ferrets have had a significant effect on our bird species.

Stoats are the main cause of the extinction of the bush wren and laughing owl.

Birds that nest in holes in tree trunks, like mohua, kākā and yellow-crowned kākāriki, are easy prey for stoats who are able to take out eggs, chicks and incubating adults in just one attack.

Ferrets may not be as widespread as stoats, but still have a significant effect on many riverbed breeding birds such as the black stilt, dotterel, and pied oystercatcher. They’ve also been known to prey on royal albatross chicks, yellow-eyed penguin and little penguin, weka, North Island kiwi, and ducks. One of PFNZ’s biggest challenges is to maintain the mustelid-free status of islands like Stewart Island and Great Barrier Island, that are homes to threatened flightless and ground-dwelling birds.

Being predator free starts with you

About a year ago, New Zealand set itself an ambitious environmental goal: rid the entire country of every last rat, possum and stoat by 2050. The plan is to give our unique birds that once ruled our forests, a second chance.

And to do this, every kiwi needs to help.

Thousands of New Zealanders, working as individual volunteers or in groups, have invested their time and money in eradicating rats, stoats and possums all over the country. Thanks to the Kiwibank and Predator Free New Zealand Communities programme, New Zealanders are starting to see the results of this effort with increased bird populations. According to PFNZ, “It's a win-win as there are now over 3,000 traps in backyards across New Zealand.”

PFNZ’s Lynne Hemsley adds, “We support communities by providing the traps,  but we also provide support through educational and marketing materials.”

So, how do Kiwis get on board with the vision of making New Zealand completely predator-free? Lynne says there are plenty of ways for community groups to get involved depending on what they want to achieve by doing predator control. “There’s all sorts of funding for community groups. Our funding with Kiwibank has a focus on backyards.” And you don’t have to join a community to do your bit, you can easily get a trap and set it up in your backyard.

If every fifth household had a backyard trap, New Zealand’s predator-free dream could easily become a reality.

To find out more about the Kiwibank Predator Free Community programme, check out the PFNZ website or read more about our conservation efforts. Want to join the challenge and start trapping in your backyard? You can buy a trap through PFNZ's shop and they'll deliver it to your front door!

A huge thanks to David Hallett for the photograph.