Trees are vital in supporting life. They produce oxygen, improve biodiversity and absorb carbon dioxide – a major cause of climate change. Kiwi forests in particular are pretty special. Eighty percent of our trees, flowering plants and ferns can only be found in New Zealand. That’s why Kiwibank have partnered with Trees That Count.

Every little change can make a big difference

Trees That Count is a programme uniting Kiwis to help restore our environment and make a difference to climate change in New Zealand by planting native trees. Their aim is to see millions more native trees planted in New Zealand - to restore our environment but also to make an impact on climate change, and Kiwibank is joining their ambitious mission.

Over the next year, the bank will plant 10,000 native trees in two beautiful parts of the country – Quail Island, near Lyttelton in the South Island, and Kani Rangi Park in Murapara, Bay of Plenty in the North.

To support their mission to make trees count, Kiwibank is asking its customers to update their details and switch to electronic statements. It’s simple to do and everybody benefits, especially our future generations.

We’re doing this to protect and restore our land. It’s ours. But one day it’ll be theirs. We want to make sure future generations of Kiwis will be able to enjoy our forests the way they should be.

Kani Rangi Park is named after Staff Sergeant Kani Rangitauira who served in WWII. The Rangitaiki River flows through the park and is home to tuna and Murupara, the local taniwha. Restoring a 10ha reserve to a native podocarp/hardwood forest is no easy feat. It's a massive collaborative effort. Te Roopu Manaaki, Whakatāne District Council, DOC, The Ngā Whenua Rāhui Fund, local schools, and many others are working together on this project.

Maramena Vercoe is the General Manager of Te Rūnanga O Ngāti Manawa. She oversees the Kani Rangi Project and says they’re planting for the generations of Kiwis to come. “In just two years of planting, all our people have enjoyed being able to work together to restore their land.” As a result, a buzzing community of local volunteers –young and old – come out in droves on planting days.

Maramena explains how the project came to be. Kani Rangi park had degenerated due to the corporatisation of forestry in the early 80s. So much so that it was a very poor tribute to Staff Sergeant Kani Rangitauira. “There were lots of noxious weeds and illegal rubbish dumping. We wanted to provide leadership and guidance to the community – to have pride in our place.” It costs close to $20,000 per ha to plant, so the reforestation of Kani Rangi is a long term project.

“This isn’t just about planting native plants. We intend to create a place for everyone in the community to play and breathe the fresh air.”

The project started three years ago but with Trees That Count and Kiwibank’s help, things are getting done faster. “It’s not about the time it takes to restore the park that matters. The reward is seeing our community working together toward a common goal. It’s absolutely amazing that we’ve got a New Zealand bank supporting New Zealand and its people. That’s totally wonderful.”

Quail Island: The jewel of the harbour

In the not too distant past, Quail Island was known for its 24ha of neglected farmland. In 1997, the Quail Island Ecological Restoration Trust was established to restore the island to its former glory. Since then, the island has become a great example of what restoring a native forest can do for an ecosystem.

In 2016, with the help of Trees That Count, the Trust planted 2990 locally sourced native trees on the island. The Trust’s Chair, Ian McLennan, has been an active member since 2006. A draftsman by trade, Ian started his work on Quail Island as a volunteer planter. After planting his first manuka tree, he was hooked. For Ian, this labour of love is the Trust’s attempt to recreate the great Banks Peninsula forest from 1840s.

As the forest gets taller, people are starting to take notice. On a good day in summer you can find close to 200 hundred people walking the trails. And if they're lucky they'll even hear the birdsong of the recently returned korimako (bellbird) and Kererū (woodpigeon). After 20 years of vigorous planting, the island is looking lush. But due to the length of time it takes for saplings to grow, the complete reforestation of Quail Island is going to take centuries. And getting funding for planting has been an issue too. “We’re a charity,” say Ians, “so we rely on donations and grants to get the work done."

"We’ve really struggled with funding, so having Kiwibank involved is just fantastic.”

We’re excited to begin this journey, and we hope you join us in protecting the future of our forests by going digital. To find out more information, get in touch at kiwibank.co.nz/makeadifference. 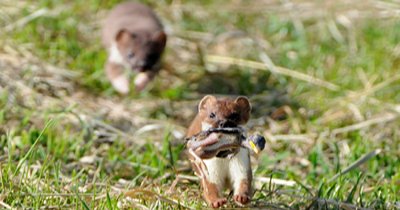 Animal predators take a serious toll on New Zealand's native birds,plants, reptiles, and insects that aren’t equipped to deal with the th... 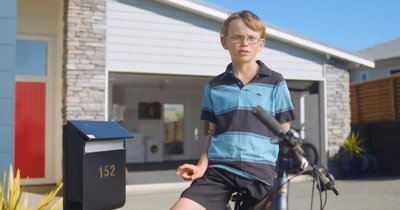 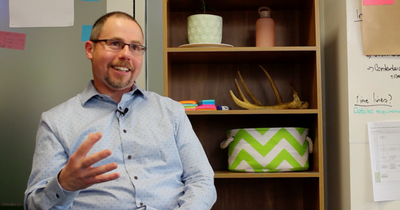