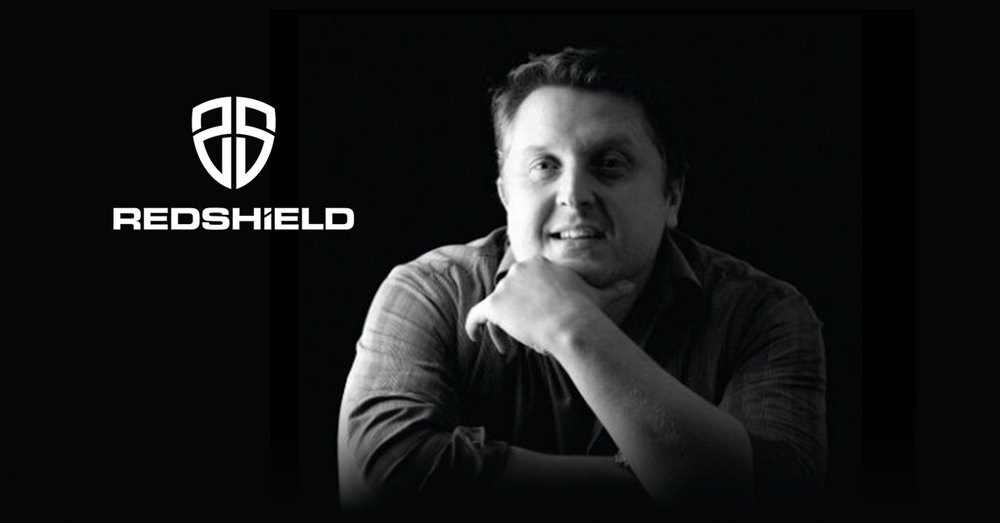 We’re thrilled to announce that Wellington-based web application protection specialist, RedShield Security Ltd, has been announced as one of the finalists in the 2017 New Zealand Hi-Tech Awards in three categories: Innovative Company, Most Innovative Hi-Tech Software Product, and Innovative Hi-Tech Service.

Haven’t heard of them? RedShield just happens to be the world’s first web application protection service offering the most advanced form of defence to protect big business against vulnerabilities and cyber attacks. It’s also the brainchild of software developer, CEO, founder, Andy Prow. He might not call himself a cyber-hero, but we do as he’s out there fighting cyber-crime and defending New Zealanders’ privacy.

A bit of a visionary really

Before RedShield, Andy was a humble software developer, developing code for IBM and writing oil spill simulation software to monitor oil spills in the seas. In 2001, Andy founded what became New Zealand’s largest penetration testing company, testing the security on applications for businesses around the world. After running it successfully for ten years, Andy got frustrated that highlighting security flaws wasn’t making things more secure, and in a global environment of increasing data breaches, he decided enough was enough.

“I wanted to fix the problems I saw.”

So, he did what any entrepreneurial Kiwi would do: he sold his first company and started his second to fill the niche in the market where businesses couldn’t fix their security problems as fast as they needed to. It took Andy and his co-founders Sam Pickles (RedShield’s CTO) and Graeme Neilson (RedShield’s Research Director)  three years to get the commercial version of RedShield live. In 2012, they had four pilot customers. Today, they have more than 100 bonafide paying clients. And it’s not hard to understand why.

Andy’s personal mantra is to make his customers more secure and protect their data. Together with his team of 30 consultants, they make sure the online gateways and portals of banks, government agencies and private companies are, well, “shielded” against attacks.

So, what’s so innovative about that? “Our innovation is our service: The customers who need us the most don’t have the expert staff to solve their security problems, nor the infrastructure needed to fend off attacks.” Shielding companies from over 1,000,000 attacks per week is not something RedShield can do with its 30 staff without some incredibly smart software behind the scenes. Andy says, “How we protect you is our magic juju - just give us the problems that exist in your web application and we’ll make them go away.”

The best part of RedShield’s service is that it’s all results based.

“We can measure the attacks, tell you where they’re coming from and prove to you and show each and every time we divert one.”

What a perfect mix of science and the personal: RedShield offers the scale and speed needed with advanced technology, but delivers results via a team of experts that can be everywhere at once protecting their clients across the globe, almost instantly.

For Andy, being a cyber defender is “cool space to be in.” He explains that cyber crime is a cleaner way to commit crimes - “it’s safer, easier to do and even easier to get away with.” Traffic comes from hacker states like China, Russia, Africa, and Eastern Europe, places where the laws are very hacker friendly. However, to battle these hackers RedShield has 109 global nodes today and that number is growing fast. Nodes are the physical and virtual software RedShield have established around the globe to create a global shielding infrastructure for their customers.

“The realm of hacking is changing”, Andy says, “as is the nature of cyber security.” With the rise of automated devices, RedShield has to be even faster at heading the bad guys off at the pass. Twenty-six members of RedShield’s staff have ‘Security Researcher’ in their titles. They spend a lot of time researching the Internet of Things and industrial power control security to stay ahead of the game.

To keep up he plans on doubling his staff in the next twelve to eighteen months. He’s currently got a support crew in Auckland and an office in Denver, Colorado. Within the next few months, he’ll have a spot in Australia. However, as big as they get, Andy has no plans to move RedShield’s global headquarters from Wellington.

“We want to be known as an innovative, trusted brand from New Zealand, playing that All Black’s card in the sense of coming from a tiny country but doing epic work.”

It’s worth noting that New Zealand industry is sitting up and taking notice of RedShield’s contribution. They recently won Best Security Company of the Year at the 2016 iSANZ Awards. The award goes to the New Zealand security company with superior security products or solutions that help customers tackle today's most pressing security challenges. While the accolades are great, the road to greatness hasn’t been an easy one.

Andy explains, “One of the biggest challenges for innovative startups in New Zealand is finding growth investment.” He says that Kiwis are naturally innovative and are able to find niches well, but without launch funding so many of these brilliant businesses won’t make it. “I grew RedShield over a period of time. It was a slower journey than I would’ve liked, but I see New Zealand as an opportunity to be a case study.” He admits that if he had had investment money two years earlier it would’ve helped him with his second biggest challenge: building that global infrastructure of nodes to cater to what they do. “The pockets just aren’t that deep here.”

Andy believes that as RedShield grows, they won’t look to making big profits in New Zealand as many companies here can’t afford the services. “We’re focussing on the Global Fortune 500 companies.” He’s sincere when he says it’s not about the money. For him and his team, “it’s about making a difference. Instead of the goal to become a billion dollar business we’re more focussed on protecting a billion people’s privacy.” 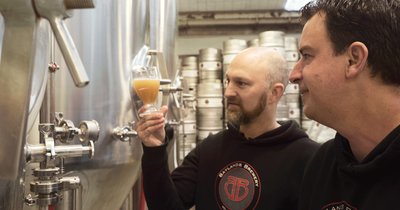 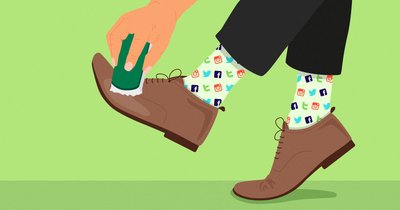 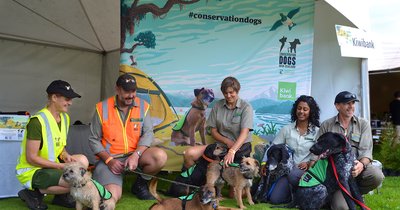