The Wellington Woman Making an Ocean of Difference 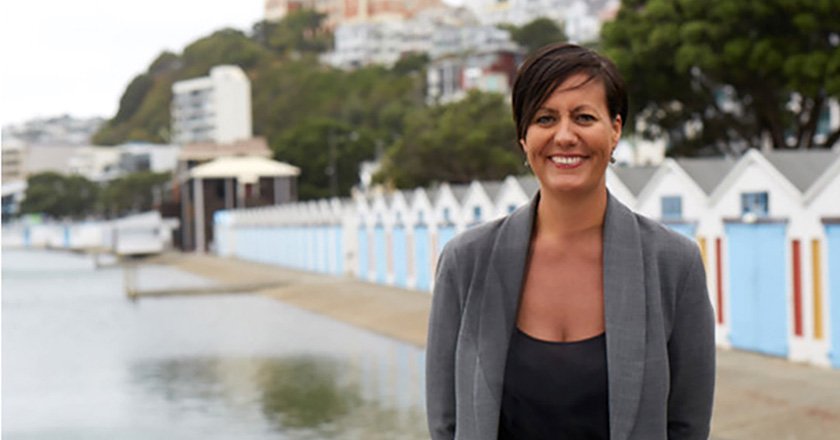 In the first of a series of profiles of New Zealand businesses using natural resources in a more sustainable way, Kiwibank and Pure Advantage look at seafood pioneer Rachel Taulelei and her mission to change the way we eat fish.

It’s not always easy being green. Kiwi entrepreneurs can find it tough to make their business dream a reality while reducing the impact their work might have on the environment.

But despite the challenges, Rachel Taulelei made it a priority to put respect for the environment at the centre of the seafood business she founded, Yellow Brick Road.

“I don’t have a commercial fishing background, but like many New Zealanders I have really happy memories of my family doing lots of recreational fishing when I was growing up,” says Rachel.

“The more I learned about fishing, the more I realised what an incredible national treasure we have in the oceans around New Zealand. I have an 11-year-old daughter, and I’m passionate about wanting to preserve our fishing resource for her and for her children.”

Rachel began thinking about the future of our oceans when she was working as a New Zealand trade commissioner to the United States. She knew how much work went into protecting New Zealand’s fisheries, and thought our fantastic-quality fish and shellfish deserved to be more highly valued.

Rachel started forming close relationships with carefully-chosen groups of fishermen, buying their catch and delivering it to chefs and retailers. Often, there was as little as 10 hours between a fish being caught and it hitting the plate.

She worked mainly with fishermen using long lines - one fish per hook - rather than by deep-sea trawling, which is the world’s predominant way of fishing.

The fishermen who supply their catch to Yellow Brick Road work in small crews on day boats that are on the water for just a few hours at a time, and fish for inshore species only. Oysters, mussels and clams are harvested by hand.

Rachel had originally planned to sell her seafood overseas, but says that when she showed the fish and shellfish she was sourcing to New Zealand chefs they were blown away by the quality. Local chefs and retailers have snapped up everything Yellow Brick Road fisherman have caught so far, although there are plans to start selling offshore next year.

She says sustainability wasn’t often mentioned in regard to the fishing industry when she set up Yellow Brick Road 10 years ago. Rachel still prefers to use the word ‘responsible’ rather than ‘sustainable’, because responsibility is about “doing the right thing, even when no-one is looking”.

Rachel is one of many innovative Kiwis working towards a cleaner, greener and more prosperous New Zealand. Pure Advantage was set up by business leaders who share a strong belief in the potential of business leaders like Rachel to transform New Zealand’s future by creating wealth and skilled jobs while preserving our natural environment.

Know Where Your Fish is From

Yellow Brick Road is a great example of a company based on biodiversity - preserving the variety of life on the planet. Biodiversity is one of seven key areas Pure Advantage has identified as our best opportunities for creating growth that doesn’t come at the expense of the planet.

Pure Advantage points out on their website that “our indigenous species, habitats and ecosystems are of huge value to our quality of life, our sense of identity as a nation, and our economy – including our $30b tourism industry that is 4.9 per cent of our overall GDP.”

Rachel’s approach to biodiversity is based on New Zealand’s quota management system, which controls the amount of fish species caught in each region. She also refuses to buy fish that she thinks may be endangered.

Kiwis can do their bit for biodiversity by making smart decisions about what fish they eat, says Rachel. She’d like to see us asking more questions about where our fish is from and how it was caught.

Rachel also urges Kiwis to preserve fish stocks by eating a greater variety of species - from piper to hapuka, and everything inbetween - and eating fish heads and frames.

“A snapper head roasted with sea salt and olive oil is awesome. I’d far rather have a fish head than a fillet,” she says.

Rachel’s advice to anyone who has a business or plans to set up a business in the future is to think about what small steps they could take to become more sustainable, perhaps by partnering with like-minded people with the same desire to make a change for the better.

“It’s important to think about how you conduct yourself and what you stand for,” Rachel says. “Ultimately, everyone wants to feel good about what they do.”

If you’d like to dive deeper into the challenges and triumphs of biodiversity in New Zealand, check out a huge wealth of articles on the Pure Advantage website, or follow Pure Advantage on Facebook. 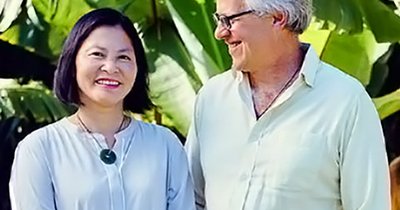 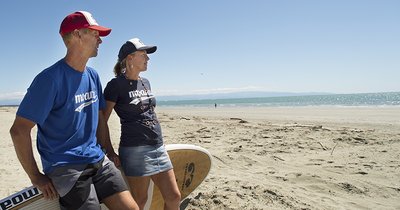 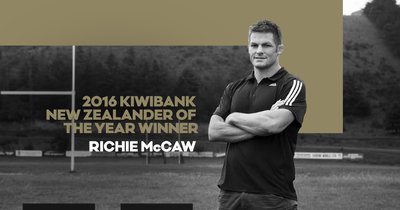