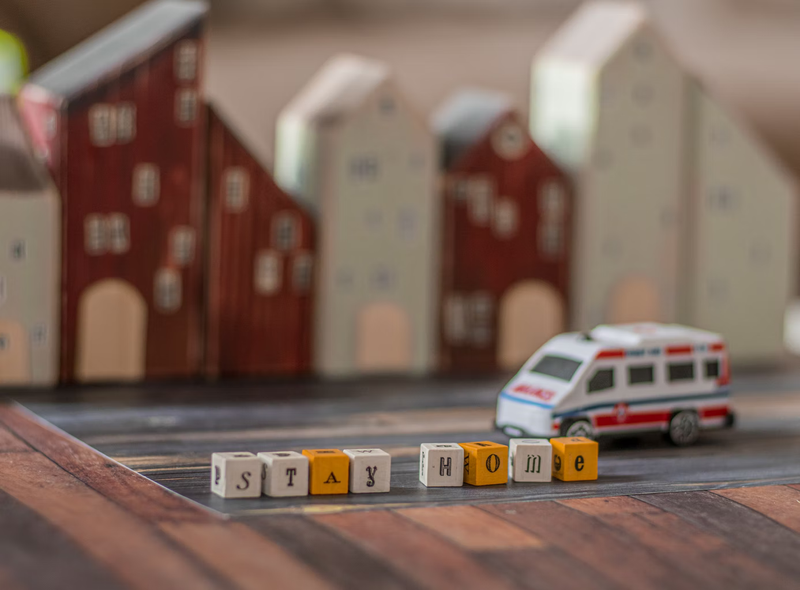 Knocked out of action.

The housing market looked to have been laid low over March according to REINZ, as daily cases of omicron peaked. While the median house price steadied at $890,000, REINZ’s house price index (HPI) took another hit. Seasonally adjusted, the index fell 1.4% in the month to take annual house price growth down to 9%. House price growth has experienced a rapid descent from a peak of just over 30% seven months ago. We see house prices falling around 5% by year end. There are clear downside risks to our forecast though, with the potential for a faster rise in mortgage rates. As yesterday’s MPR showed, the RBNZ has a keen willingness to pull out all the stops to tame inflation, hiking the cash rate by 50bps. We now see the RBNZ hiking by another 50bps in May, followed by further hikes to lift the cash rate to 3% by year end. A faster rise in mortgage rates in 2022 risks larger house price falls ahead.

Omicron can’t have helped in March, on top of rising mortgage rates, and reduced credit availability. Some potential participants were likely reluctant or unable to engage in the market with covid cases surging in the community. The 6,752 sales recorded by REINZ were 33% down on a year ago, and the lowest for a March month in eleven years. Adding to the soft sales data was a rise in the median number of days to sell. Across Aotearoa, days to sell rose 1 day to 39, and now sit above the figure recorded during last year’s delta lockdown. We may well see a rebound in sales in April as omicron’s impact recedes. However, sales activity will remain muted given the current headwinds facing the market. 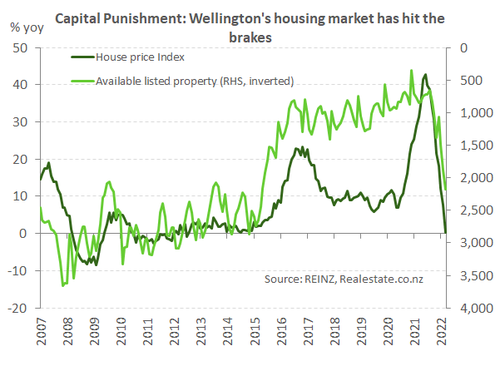 Auckland, hit hard by covid, has witnessed a rapid housing market slowdown. Seasonally adjusted, the HPI has recorded four consecutive monthly falls, and sales were over 40% lower than March last year. Outside the City of Sails, the lower North Island has also gone quickly into reverse. Wellington recorded a surprising 3.5% fall in house price in March, and house prices were unchanged compared to 12-months ago. The supply of listed property is rising fast in the Capital. According to realestate.co.nz, the available supply in Wellington has gone from famine to feast in the space of just six months. That increased choice among buyers will be adding to the drag on prices (see chart below). In contrast, just up the road, Taranaki is experiencing a much softer landing as shown by 15% house price growth. The South Island too is seeing a slowing market, but at a far gentler pace. For instance, Canterbury recorded its first monthly house price fall in the current downturn in March. In the Otago region sales were up over 9%.